In honor of the return of Flash 405, Expo’s multi-genre short form writing competition, this month’s Expo Recommends features flash recommendations from some of Expo’s editors.

Whether from February 2018: “Greed” judge Rebecca Luxton, or our first-ever Flash 405 judge, Abigail Mitchell, these flash pieces run the gamut of emotions and remind us that flash isn’t just meant for fiction. 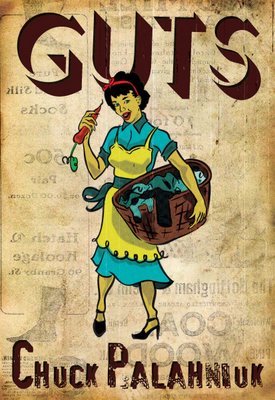 As you must all know by now, I’m the resident try-and-gross-me-out editor (every journal needs one) with a penchant for the truly inappropriate. That’s why, for me, Guts by Chuck Palahniuk—whose work led teenaged me seriously astray from a path of “normal” literature and into explorations of the horrific—is my one and only top flash fiction pick of all time.

It begins: “Take in as much air as you can. This story should last about as long as you can hold your breath, and then just a little bit longer. So listen as fast as you can.”

The intrigue that surrounds this story may be more legendary than the tale’s own grotesquerie. As legend has it, in the early 2000s Palahniuk would close out readings with a dramatic telling of his piece—inspiring fans and attendees to spew their lunches, dinners, and whiskey sours alike on bookshop carpets across America. From the way I’ve heard it recounted, this might have been the single most significant literary gross-out event of all time (not to mention, a disgustingly transcendent piece of performance art that leveraged UGC, or user-generated content, long before its time).

Weaving together several anecdotes that, at first, feel unrelated—to the narrator’s arc, that is—Palahniuk draws us gradually to a painful conclusion that leaves his audience, well, gaping. Then he throws us yet another jaw-dropping loop in the final few paragraphs—my favorite.

If you can do Chuck one better, trust this: you’ll have won me over for life. And if you even come close, you can bet I’ll be keeping a ravenous eye on your work.

So sit tight and get ready to learn about the dangers of “Pearl Diving.”

From its lengthy and masterful first sentence—”Three months after my sister Cathy turned sixteen and emo, the snow settled in and stayed, and the school shut down, and the roads shut down, and the jobs shut down, and all of the usual ways we found to avoid each other wore themselves out, and there we were  in the house together.”—to its shuddering horror-comedy conclusion, Cathy (and Craigo) gets me. Settle in for a short but prickly read, fun for the whole family.

I love the strong voice in this piece, and not just because it’s a glimpse into my motherland. The tone here is great—casual and childlike in places and surreal and muted in others—but my favorite thing about it is its fragmented structure, which allows it to move from the casualness of “Real ghosts aren’t like the ones on the telly. They don’t move through walls, or haunt people in their houses, or make silly whooshing sounds” to the gut punch of “Sometimes I wish there was more of us.” For a short piece, there’s plenty under the surface here.

I’ve always had an affinity for objects. Perhaps it’s because my mom was an interior designer and my childhood home was full of eclectic decor that whispered stories from across the globe. Or maybe it’s because I have strong attachments to family heirlooms: a pair of gloves that still smells like my grandmother or my dad’s pocket watch that ticks in tune to childhood memories. These objects punctuate my home and the moments of my life, mingling old stories with new ones.

So it’s no wonder that I love Dinah Lenney’s The Object Parade. In this collection of short narratives, which I’m dubbing flash, Lenney writes a pseudo memoir told through the objects that populate her home and her life. A broken wristwatch tells of her marriage, her grandfather, and her career; an egg of her mother-son dynamic; and letters to her father of loss and life after it.

Having had the pleasure of studying with Lenney in USC’s Master of Professional Writing Program and having heard her read from this collection at Skylight a few years ago, the voice of this “sometimes actress” echoes in my head as I read each piece, and every time I become enraptured in the parade of her life.

(For a visual art bonus, follow Lenney on Instagram for a visual nod to everyday splendor as captured through her eyes).