This month, we have Expo’s Poetry Editor, Brian McGackin.

Despite the persistent heat in Los Angeles, it is officially autumn, a time for pumpkins, spice, and everything spooky and not nice. I don’t usually pair my reading habits to the seasons, but it’s difficult not to get caught up in Halloween fever or the culinary anticipation surrounding Thanksgiving, my favorite holiday. If you’re looking for a book to pair with your festive mood this fall, I have a few suggestions. 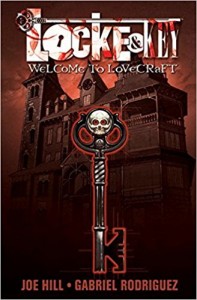 The fun half of Halloween is all about ghosts, monsters, and horrors that we get to walk away from. Few comic book stories capture that spirit as perfectly as Joe Hill’s Locke & Key. A Lovecraftian tale set in small-town New England, it follows the Locke children’s attempt to start a new life after the murder of their father. Having moved back to their ancestral family home, they discover a set of keys that unlock mystical powers in their users—as well as the terrors living beneath the estate. The series creates a colorful mythology meant to introduce new aspects of eldritch horror to the world, but it’s also a fantastic book about family struggles in the wake of death and trauma.

What the Living Do by Marie Howe (Poetry) 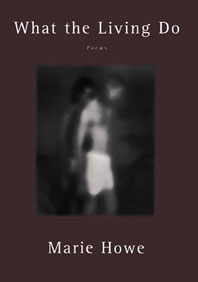 Speaking of death and trauma, certainly the less-fun half of Halloween, I’ve never read a book that deals with the pain and confusion of loss better than Marie Howe’s What the Living Do. Written in the wake of her brother’s illness and death, Howe’s collection forges an unsure path towards acceptance of a life without. “The Last Time,” one of the shortest poems in the collection, is also one of the most powerful:

The last time we had dinner together in a restaurant
with white tablecloths, he leaned forward
and took my two hands in his hands and said,
I’m going to die soon. I want you to know that.
And I said, I think I do know.
And he said, What surprises me is that you don’t.
And I said, I do. And he said, What?
And I said, Know that you’re going to die.
And he said, No, I mean know that you are.
This is the book that got me back into reading poetry on a consistent basis a few years ago, and I highly recommend it. 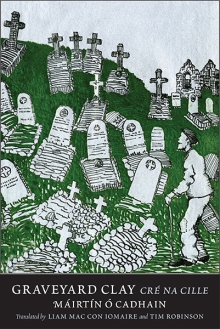 While we’re on this death kick, we might as well take things directly to the cemetery. Cré na Cille is an Irish-language novel by Máirtín Ó Cadhain that has recently been translated into English for the first time. Graveyard Clay is the translation I’ve read, one of multiple available, and it’s among the best pieces of writing I’ve ever seen. The book’s characters are all residents of the same Galway graveyard, having been residents of the same Galway town in life. While death has brought relief to a few, many of the characters cling to the same petty grievances and grudges they held while alive, and each new funeral brings fresh gossip from the other side. Written entirely in dialogue, the novel is a masterwork in characterization, as it’s almost always clear who’s speaking, and to whom. It’s the best novel I’ve read in years. 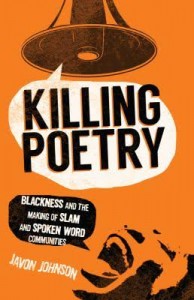 I had planned to work a few more harvest-y themes into these recommendations, but Halloween’s pull is apparently too strong, so why not throw a theoretical murder into the mix? Killing Poetry is a new work of academic nonfiction by Javon Johnson that questions the monolithic associations that come with slam poetry for many and digs deeper into the individual communities that have grown up around slam and spoken word poetry in Los Angeles and elsewhere. It’s an excellent investigation of identity, power, privilege, gender and race dynamics, and the ways in which community is built and discussed by those within and without. And don’t worry: No poetry was harmed in the making of this book.

Expo Family Bonus: The Bear Who Broke the World by Justin McFarr (Fiction) 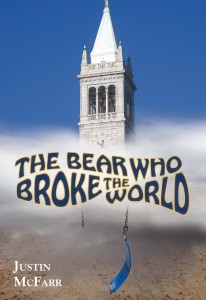 Bonus recommendation! One of Expo’s own, a fellow USC MPW alumnus, Justin McFarr, has just published a fantastic new novel called The Bear Who Broke the World. Set in the Bay Area in the 1970s, it follows a boy, his younger brother, and their single mother as they navigate Berkeley’s peace and love sixties hangover. The book is a kind of field guide on how not to parent, but the writing pulls the reader along through the tensions and traumas deftly. You’ll laugh; you’ll cry; you’ll see parallels between the book’s themes of childhood abandonment and this blog’s abandonment of its premise to recommend books with an autumnal flare. The Bay Area is notorious for its climate ambiguity, so pretend that it’s perpetually fall as you’re reading.

One thought on “Expo Recommends with Brian McGackin”