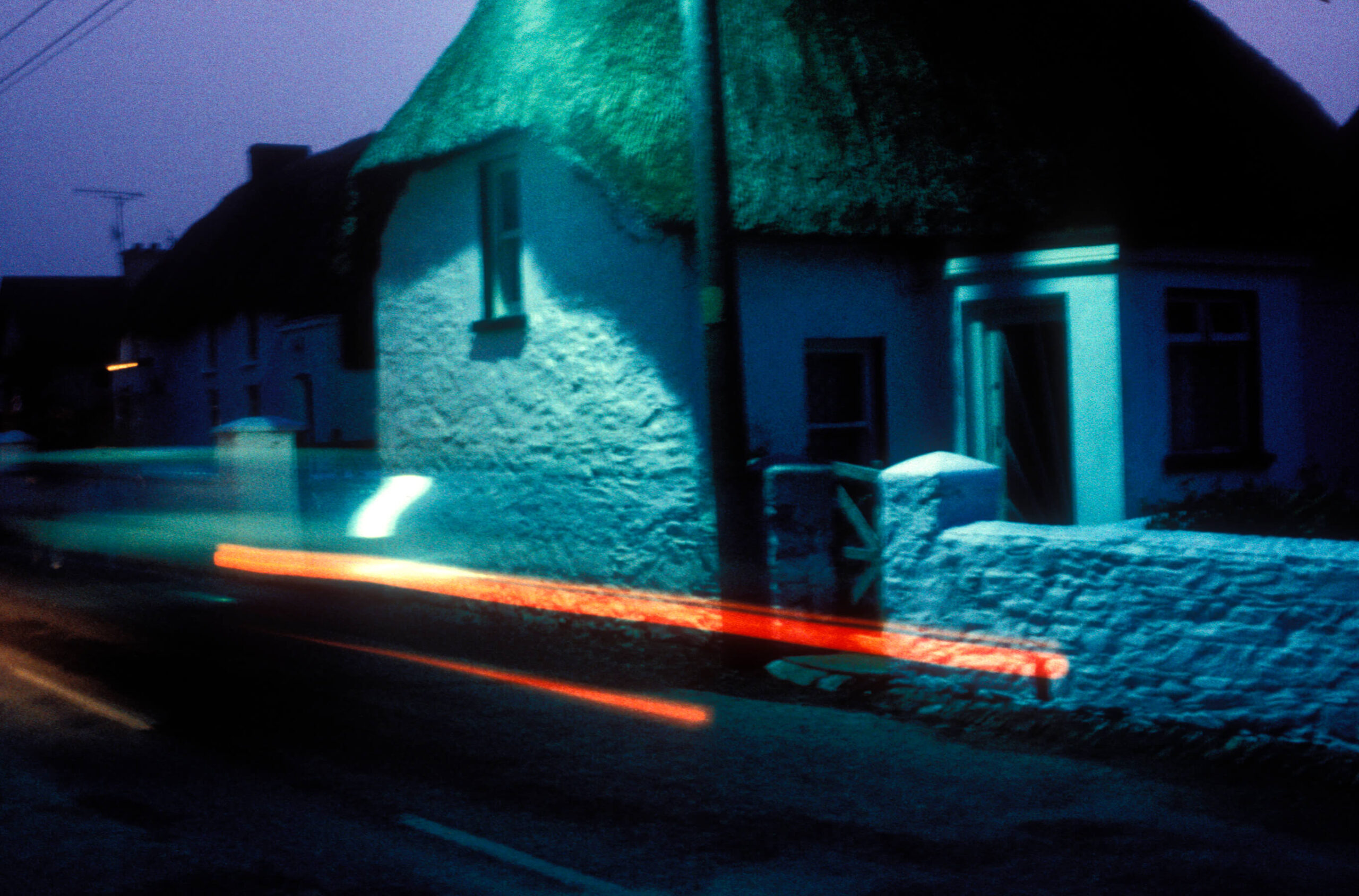 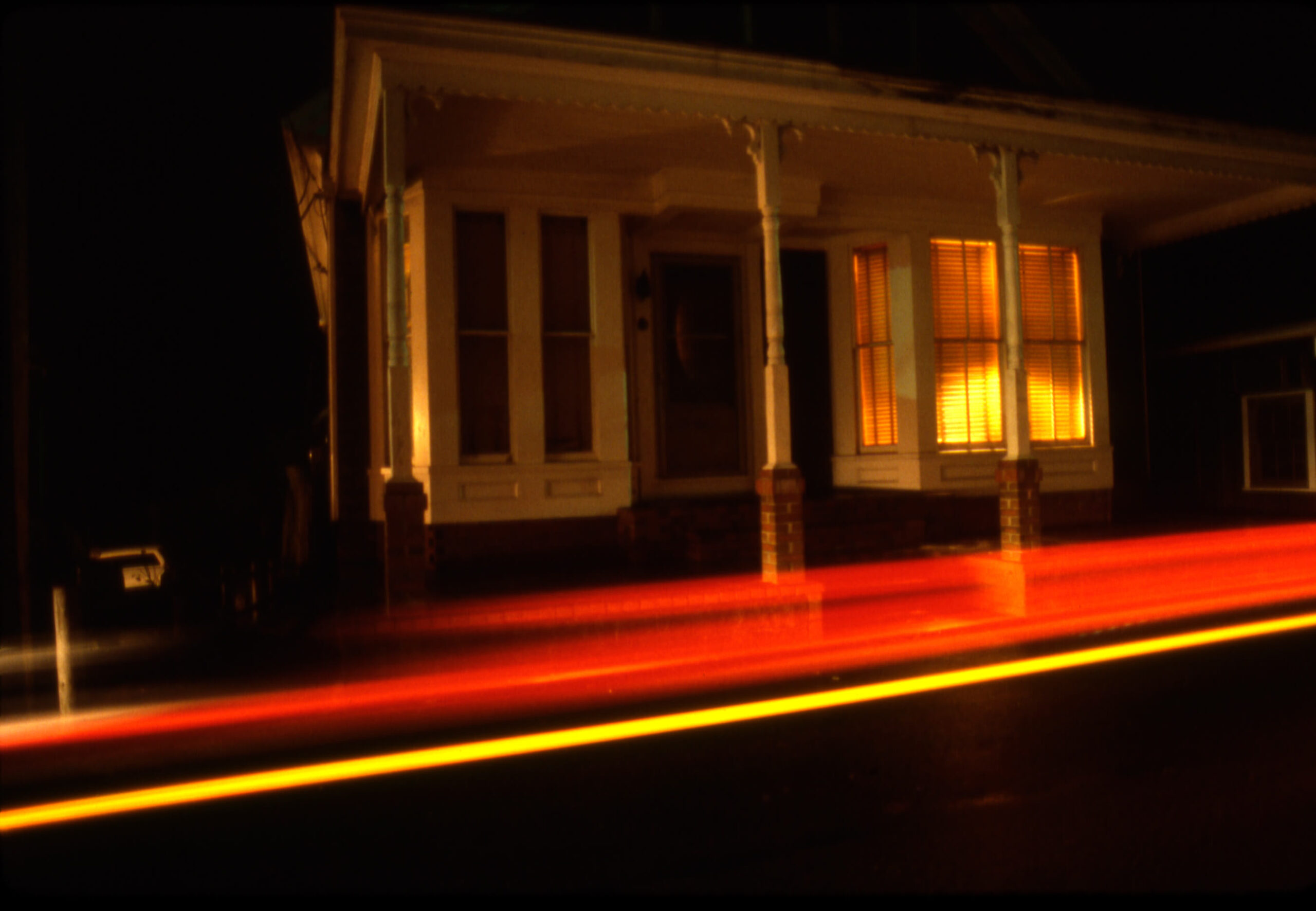 At the time Irish Cottage at Night and Last House at Land’s End were taken, I was using film—Kodachrome 25 to be precise. For most photographers at the time, night photography was uncommonly practiced—the exception being Brassai’s famous photographs of Paris. I was traveling the Irish countryside with a photographer friend who was spending the evening in the village pub, but I was interested in how this isolated hamlet would look at night. When I came across this cottage with the blue and green casts of light, I placed my camera on a stone wall as a substitute for a tripod and waited for a car to pass in order to add movement and the streak of red taillights.

Last House at Land’s End was taken at the very end of Provincetown’s Commercial Street which is the town’s equivalent of Main Street. It was my first week as a fellow at Fine Arts Work Center, and I was still getting to know the town, so I was exploring it at night. I thought it would be interesting to document the last house, and again like for the Irish Cottage, I waited for a car to pass through in order to add some additional color and light.

Roger Camp is the author of three photography books including the award-winning Butterflies in Flight (Thames & Hudson, 2002) and Heat (Charta, Milano, 2008). His work has appeared in more than 100 magazines including The New York Quarterly, New England Review, and Witness. His work is represented by the Robin Rice Gallery, New York City.