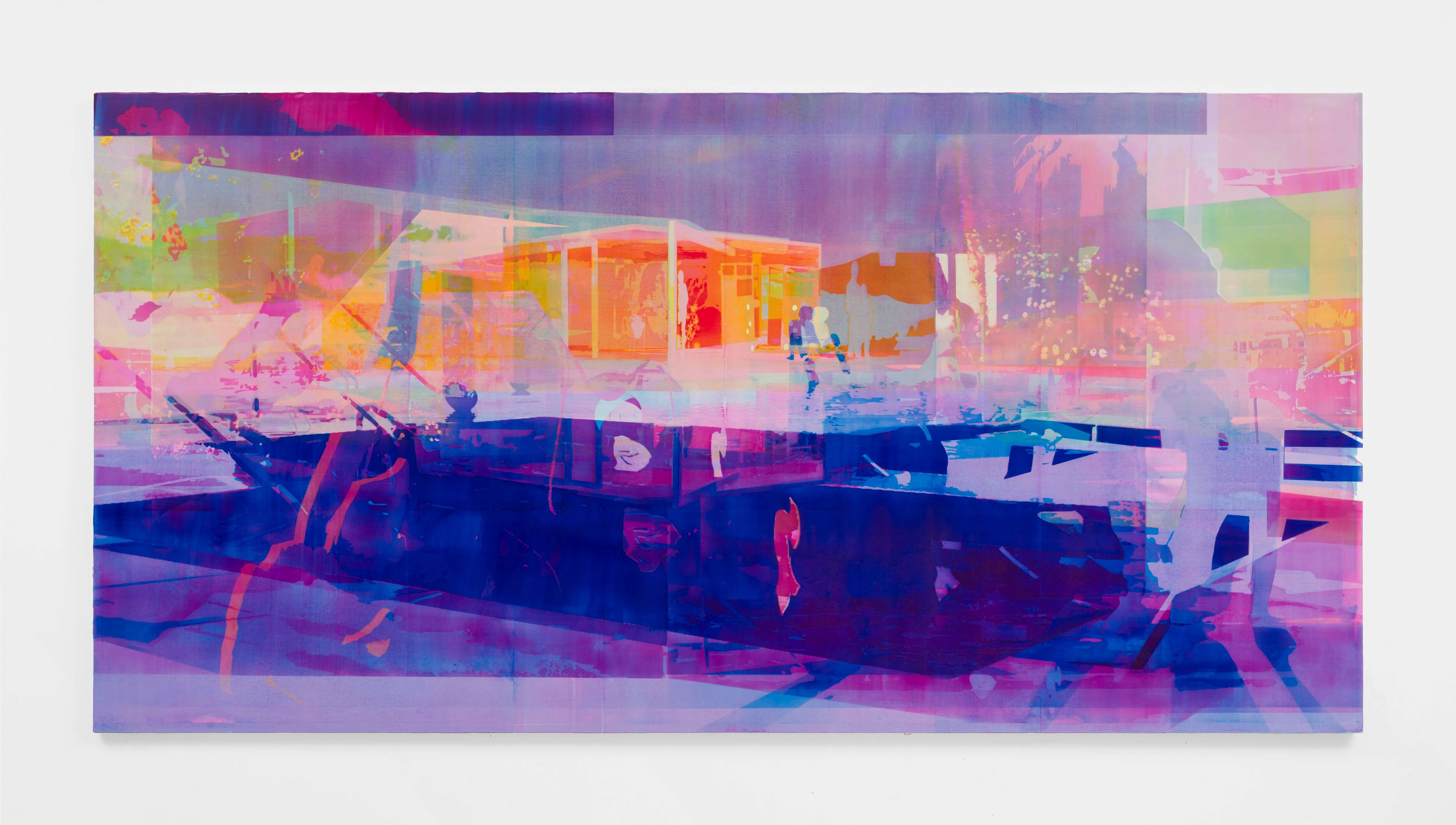 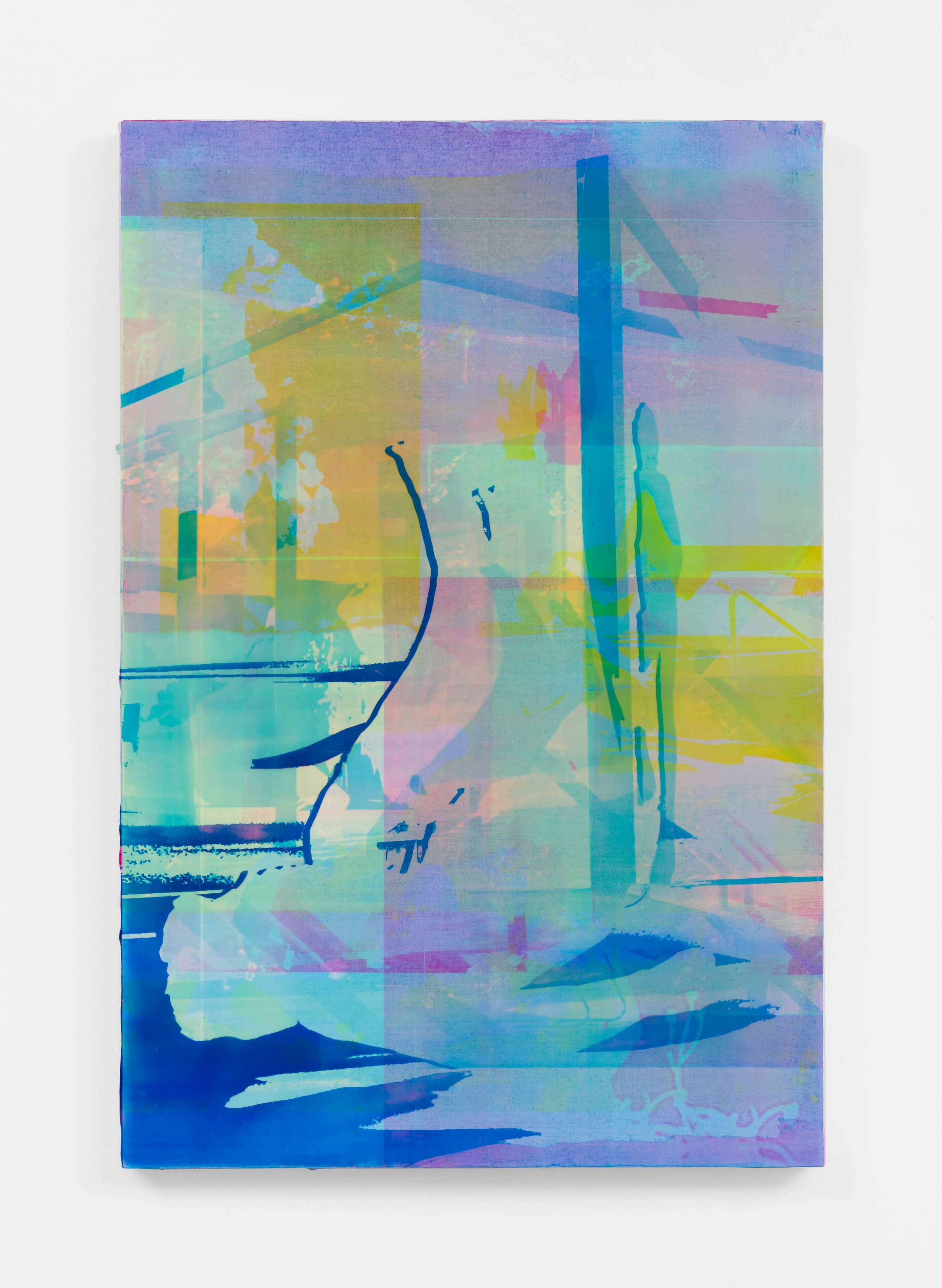 I use a queer lens to deconstruct notions of sexuality that are enshrined in Western culture, along with assumptions surrounding gender expression and identity—all of which are grafted onto the physical body. My work forges an aesthetic of trans subjectivity that offers openings out of the entrapments of the gender binary. Drawing from Warhol’s use of the silk-screened multiple as a method of deconstruction, I address entanglements of embodiment and desire in spectatorship of gay male pornography, recently reworking late 1970s photographs produced by Falcon Studios. The erotically stylized figures at the site of a swimming pool are transformed through SketchUp and Photoshop, eventually appearing as stripped-down silhouettes in the paintings. Visual pleasure is sacred to my work and linked to ideas of spectatorship and a desire to create space for trans identifications.