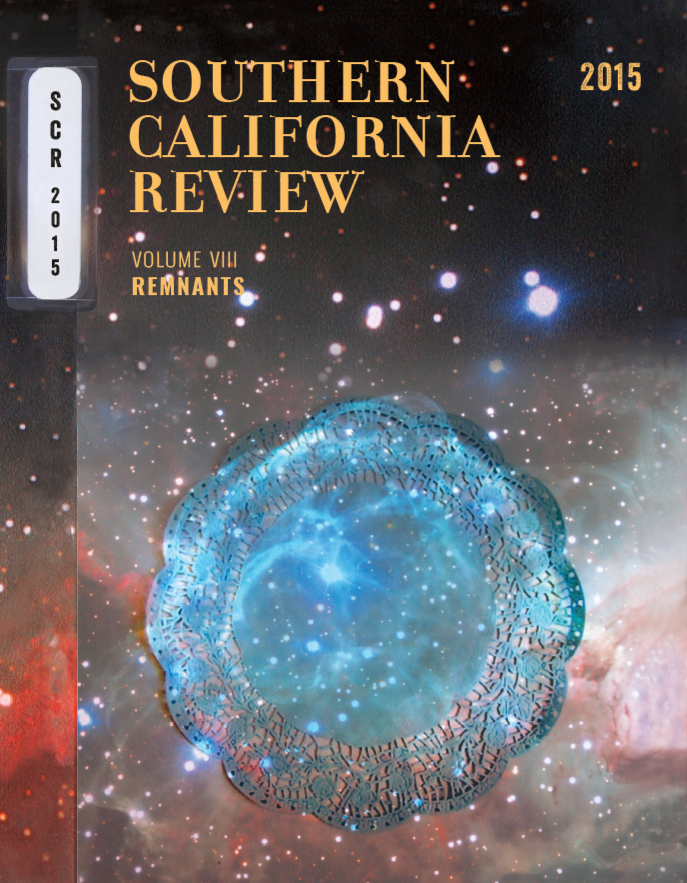 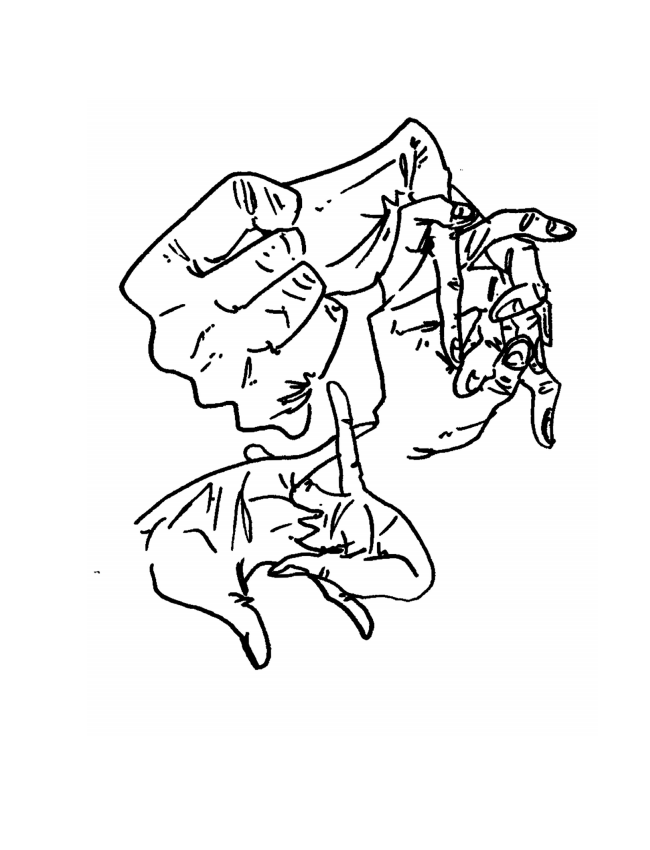 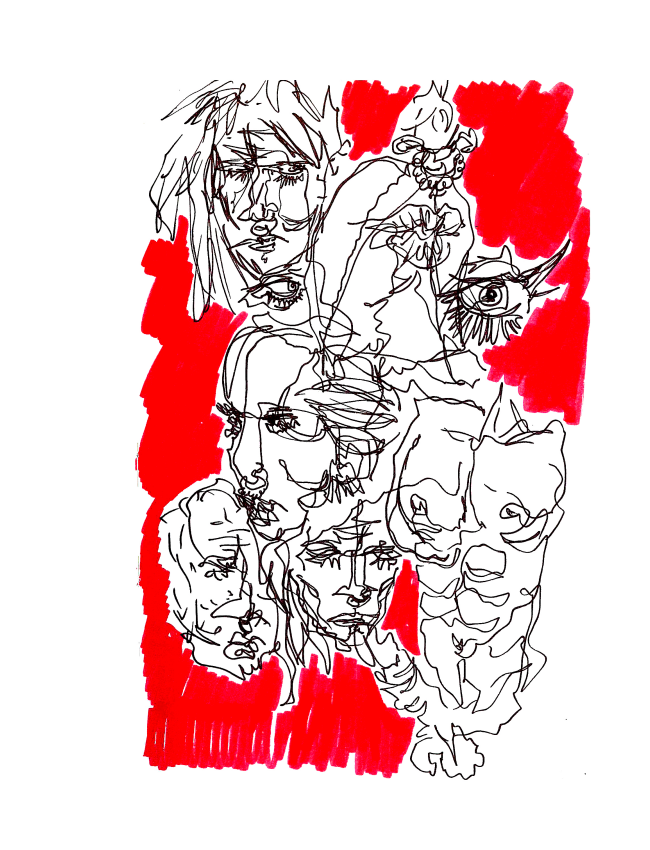 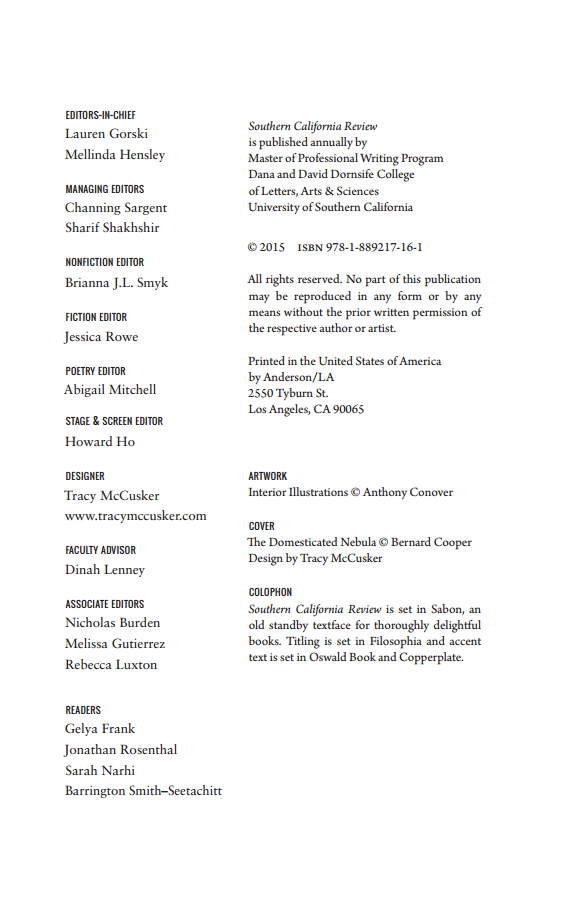 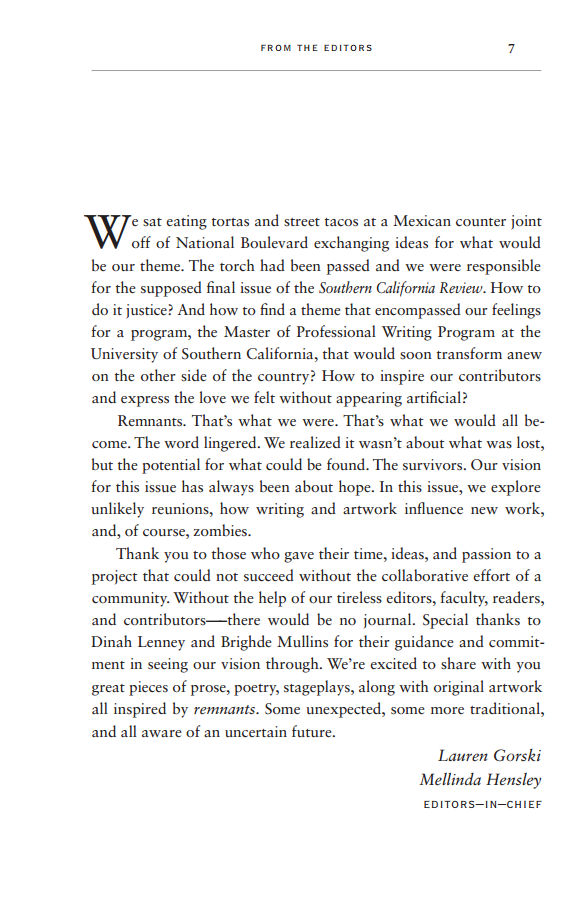 Letter from the Editors


Vol. VIII: “Remnants” is an exploration of lingering hopes and fears; zombies, queens, and mystery; and, ultimately, as the final Southern California Review made in association with USC’s wonderful Master of Professional Writing program, of endings and beginnings.

Masthead
Letter from the Editors

BUY HERE  |  BACK TO ALL ISSUES