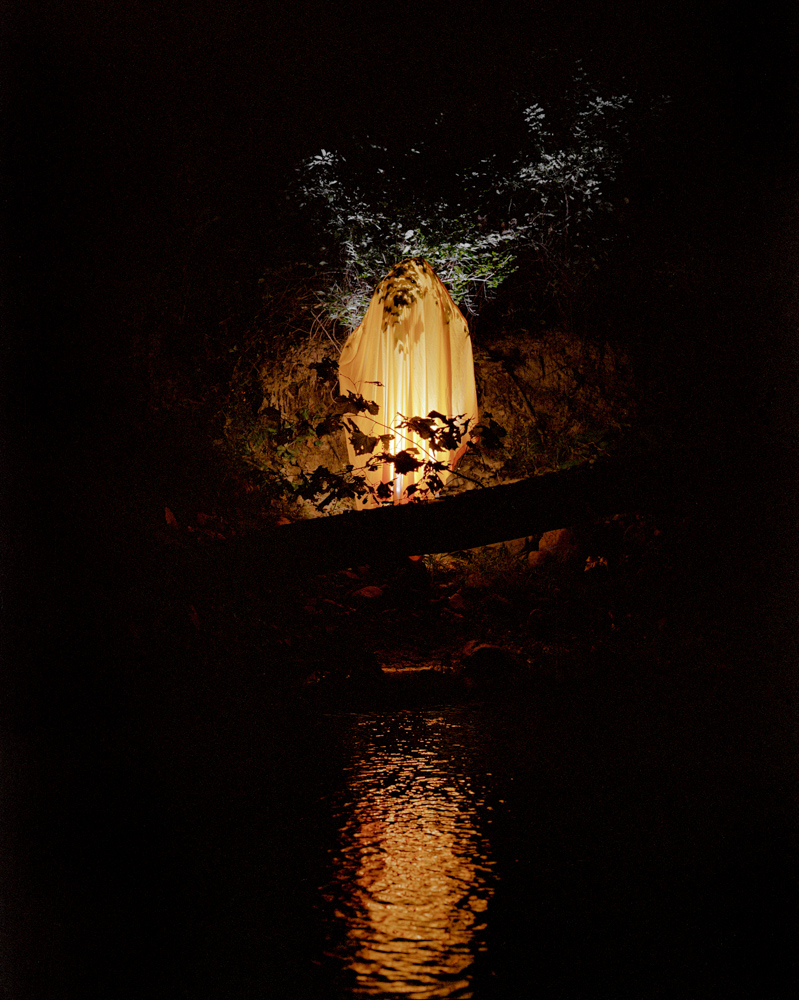 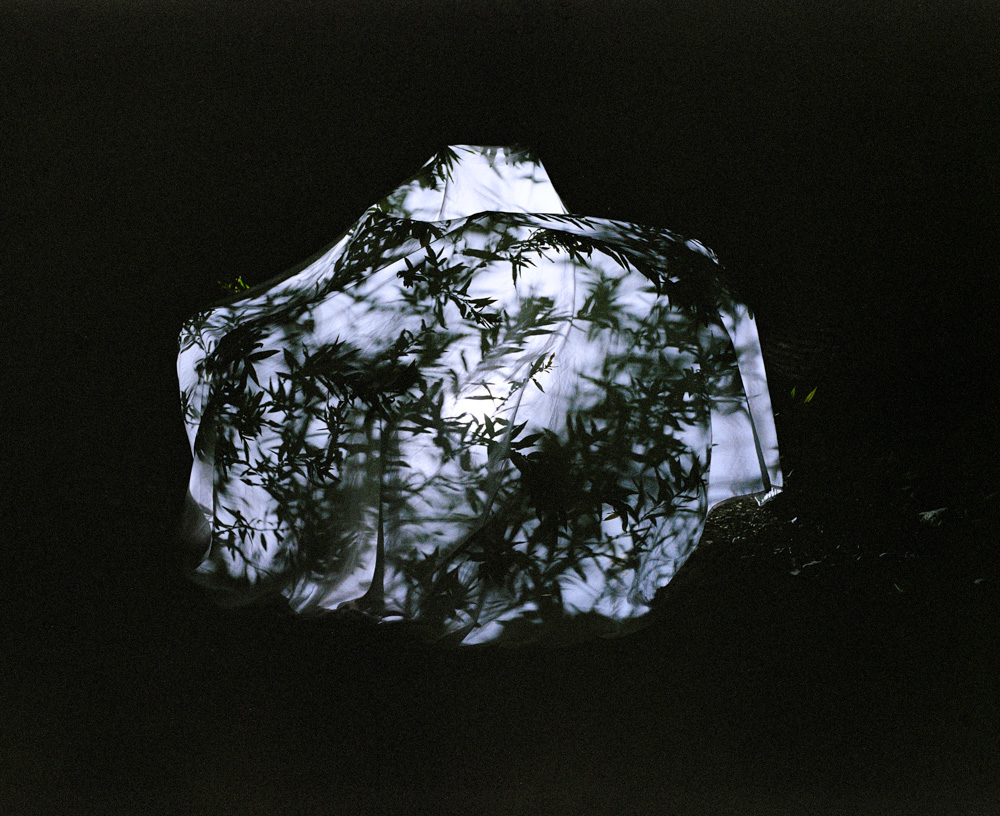 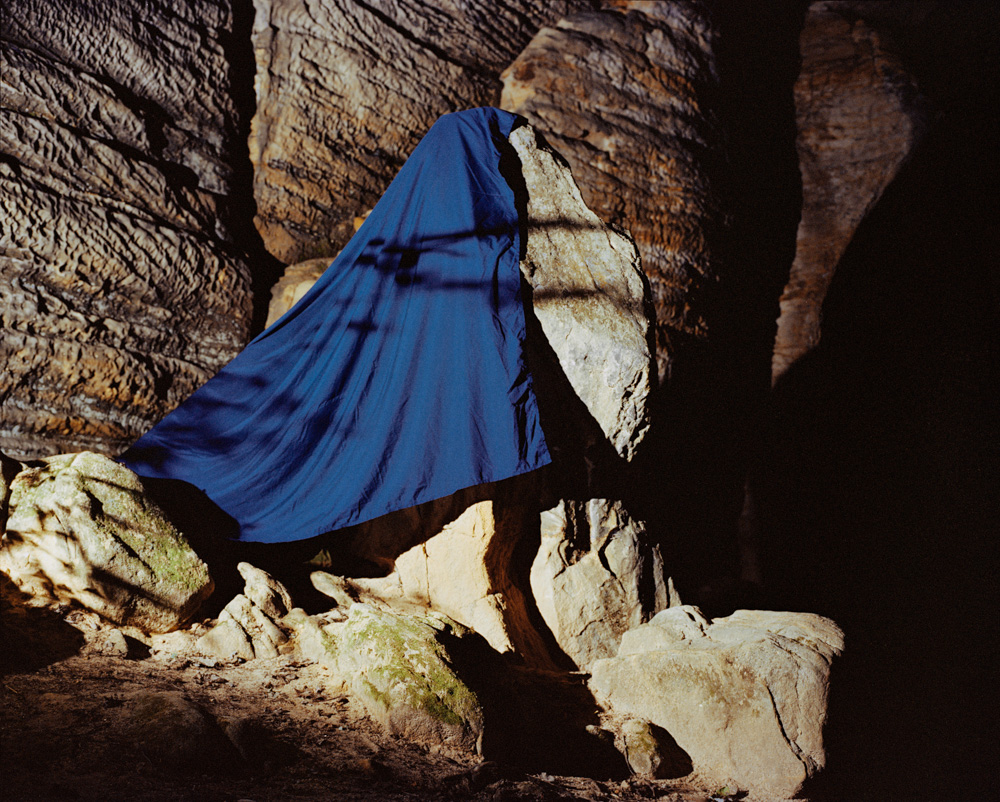 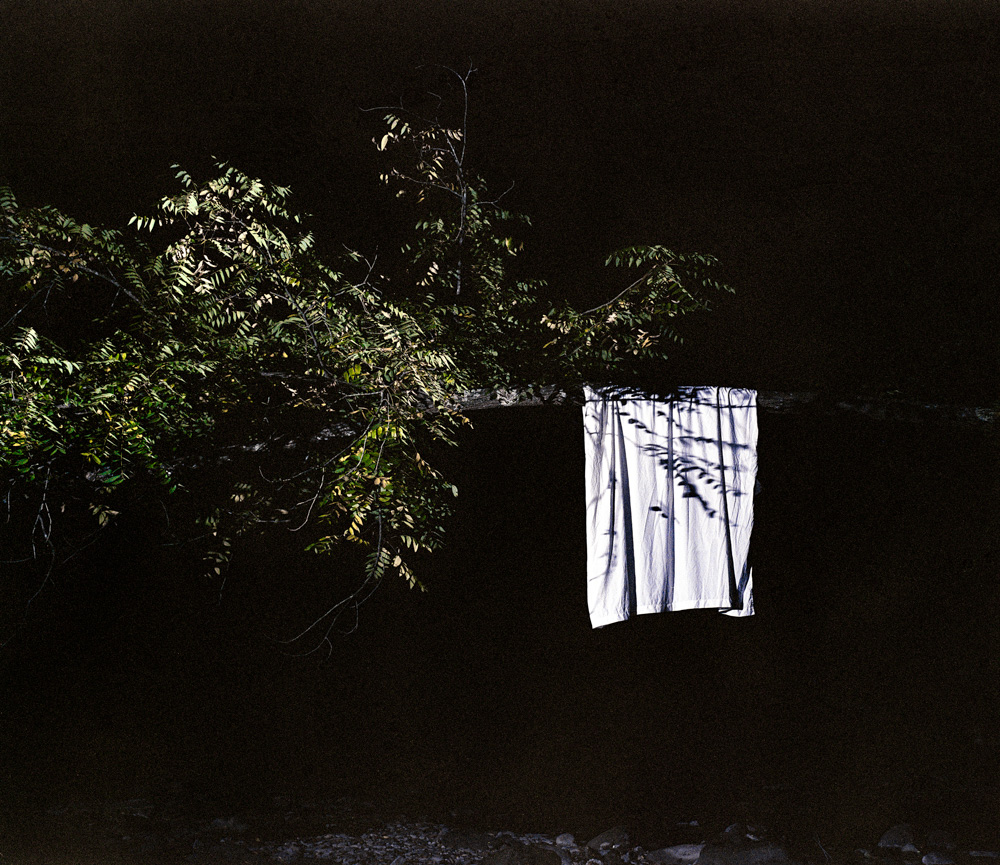 Social constructs can manipulate our perception of the world unknowingly, sometimes negatively, other times positively. When these predisposed constructs are eliminated, how will what will be perceived be interpreted? Through the use of impermanent marks, this surrealistic reincarnation of the world can be manifested in an extremely malleable form.

Impermanent marks are realized through the exploration of the relationship of time, energy, potential energy, and space, and how these elements can be utilized in a natural environment. Each composition takes on its own relationship with its surroundings allowing many individual performative and specific negotiations with the environment to transpire, while each composition shares the communality of a natural environment, while lacking concrete naturality. The disruption and cohesion of natural space, with the insertion of color and form, allow the veil to take on a role more extensive than a simple disruptor, and instead act as an artifact, sculpture, or sometimes a spacial glitch.

This spacial glitch or impermanent mark exists and then it doesn’t. Color and luminance corrupt and expose their environment, but only for a temporary moment leaving an impermanent mark. After this moment is realized, the construction of the moment, it withers away into nothingness. It is there in form, but lacking place ultimately lending its way to a nonspecific moment.

Everything holds its own time and place. This idea of time and place carry the identity of the subject matter of how it will be understood and what it is to be compared to. When ideas of not only place but time also are removed, how does it communicate? When stripped of all social cues, how will it communicate? When there are no social constructs to aid in the interpretation, how will it be read? The interpretation is open, but still exists solely for the interpreter.

Joey Aronhalt is an Akron, Ohio-based film photographer. His work has been shown internationally in countries such as Italy, Greece, and South Korea. All of the work shown in these countries was created through the use of traditional medium format film, which is his primary medium. Through the use of film, his primary goal is to make the viewer question what is going on, beyond surface level questions.