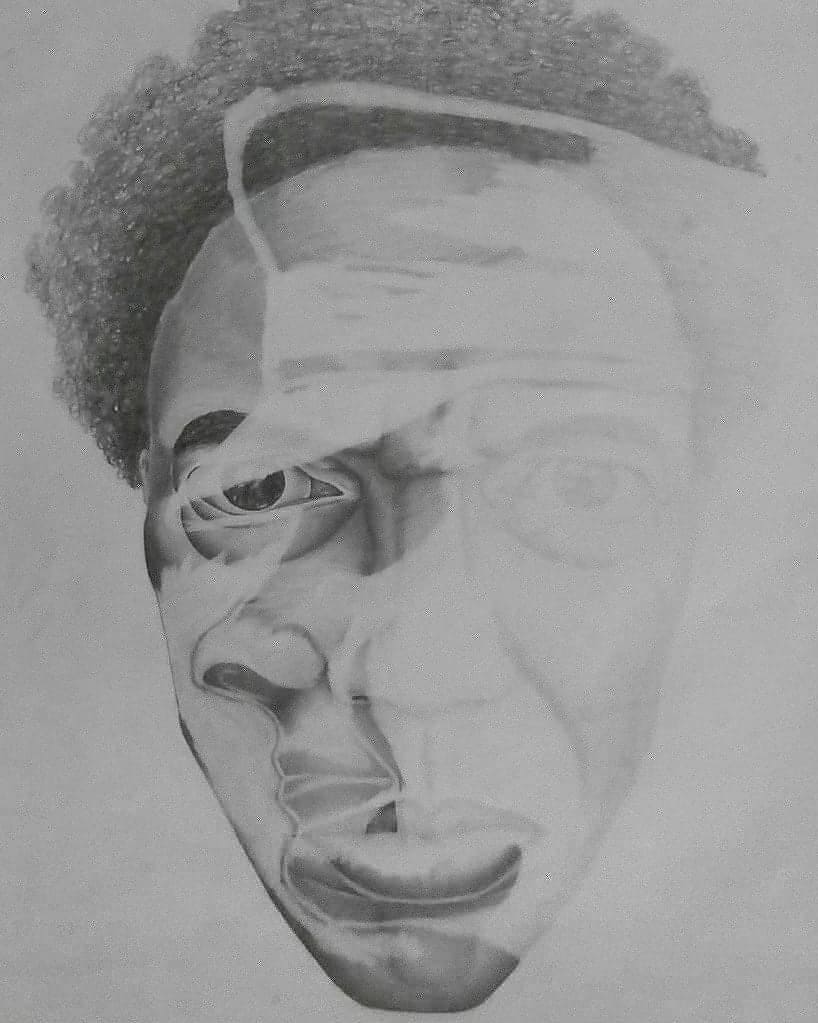 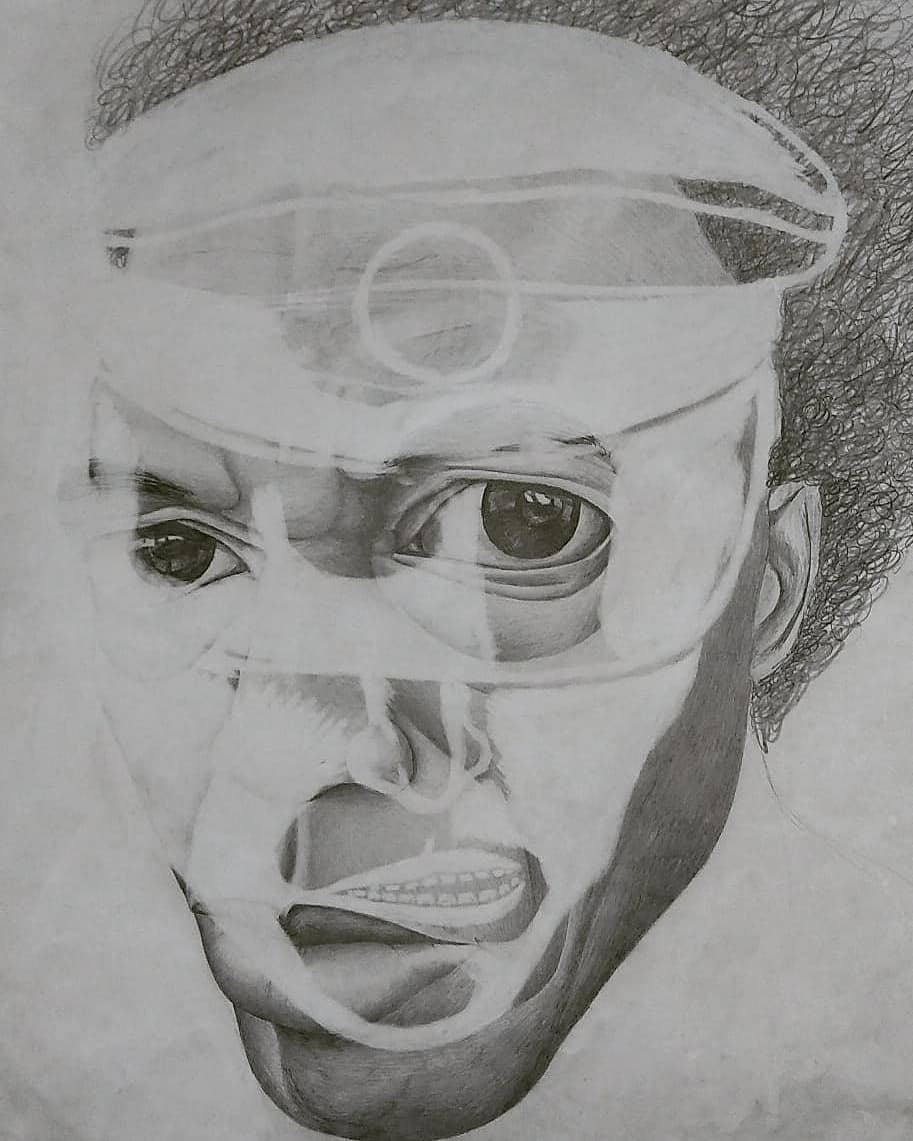 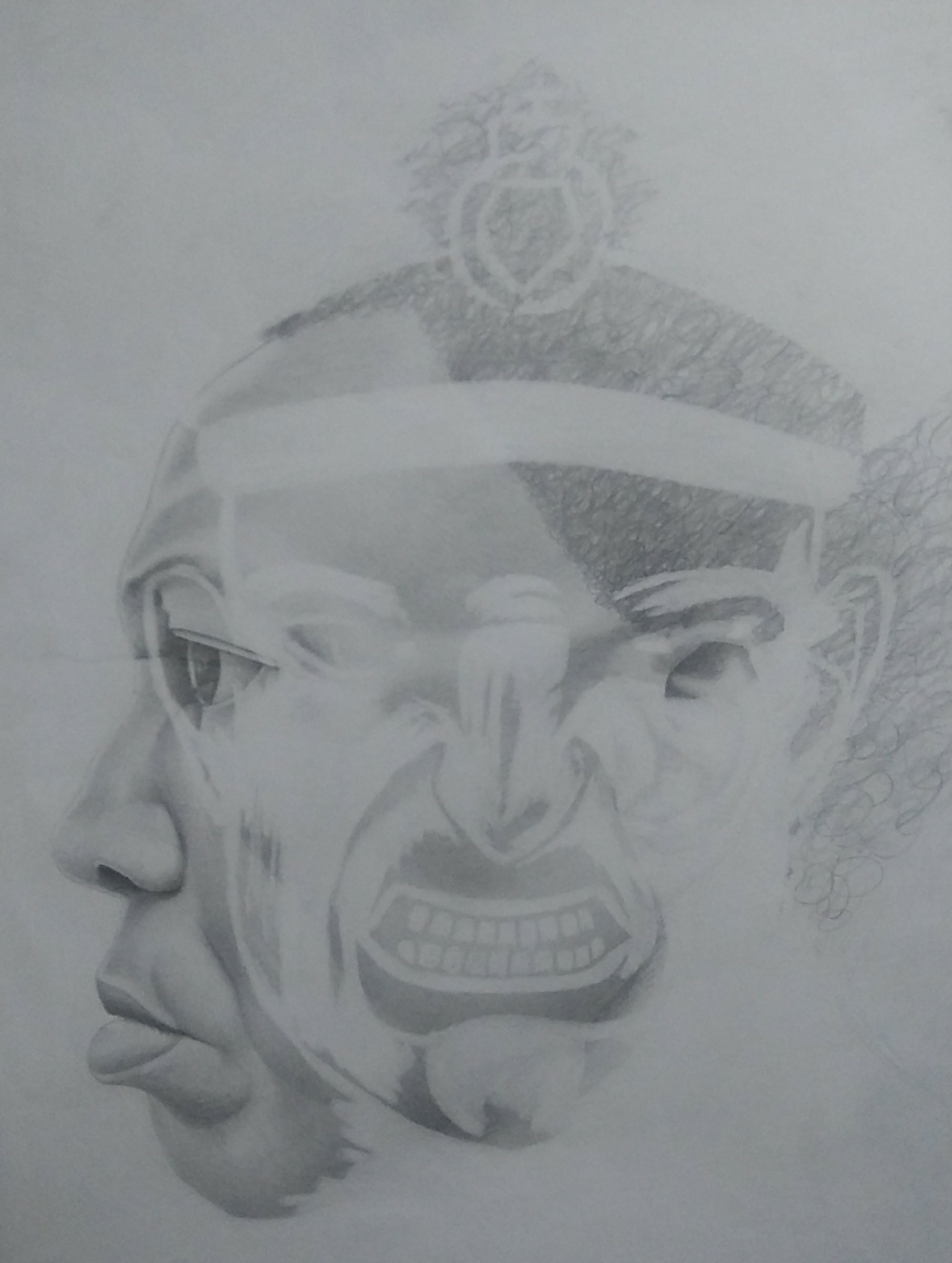 For me “art”(?) is the process of weaponizing aesthetics in the service of truth. I am concerned with the decolonization of the Black being/body.

These works are among my latest efforts to document and delineate the nature of the omnipresent encounter between white supremacy and black people. The images and title intimate a particular thrust in the nature of the encounter. Here, the works reference specifically the oppressive actions of state agents, the police, who are buttressed by the law. Formally the works manifest a conceptual rather than literal rendition in the effort to articulate the overarching genocidal effects of acts of oppression by these agents on the behalf of institutionalized racism. The poetic conjunction of the two heads in each work is an apt expression of disruption (break) and the integration of form and meaning (content). The “act” of one “breaks” the other.

K. Khalfani Ra was born in 1958 in Kingston, Jamaica. He was educated at the Jamaica School of Art where he received a Diploma in painting in 1983 and spent a year in Zimbabwe on a Commonwealth Fellowship. Recent shows include Infinite Island (2007) at the Brooklyn Museum and the National Biennial 2014 at the National Gallery of Jamaica. In 2004, Ra received a Purchase Award in the National Gallery of Jamaica’s National Biennial. His work tends to be provocative, targeting issues of the perception of blackness, sexuality, and religion, and attacking the creolization of the Jamaican narrative. He lives in Kingston, Jamaica.