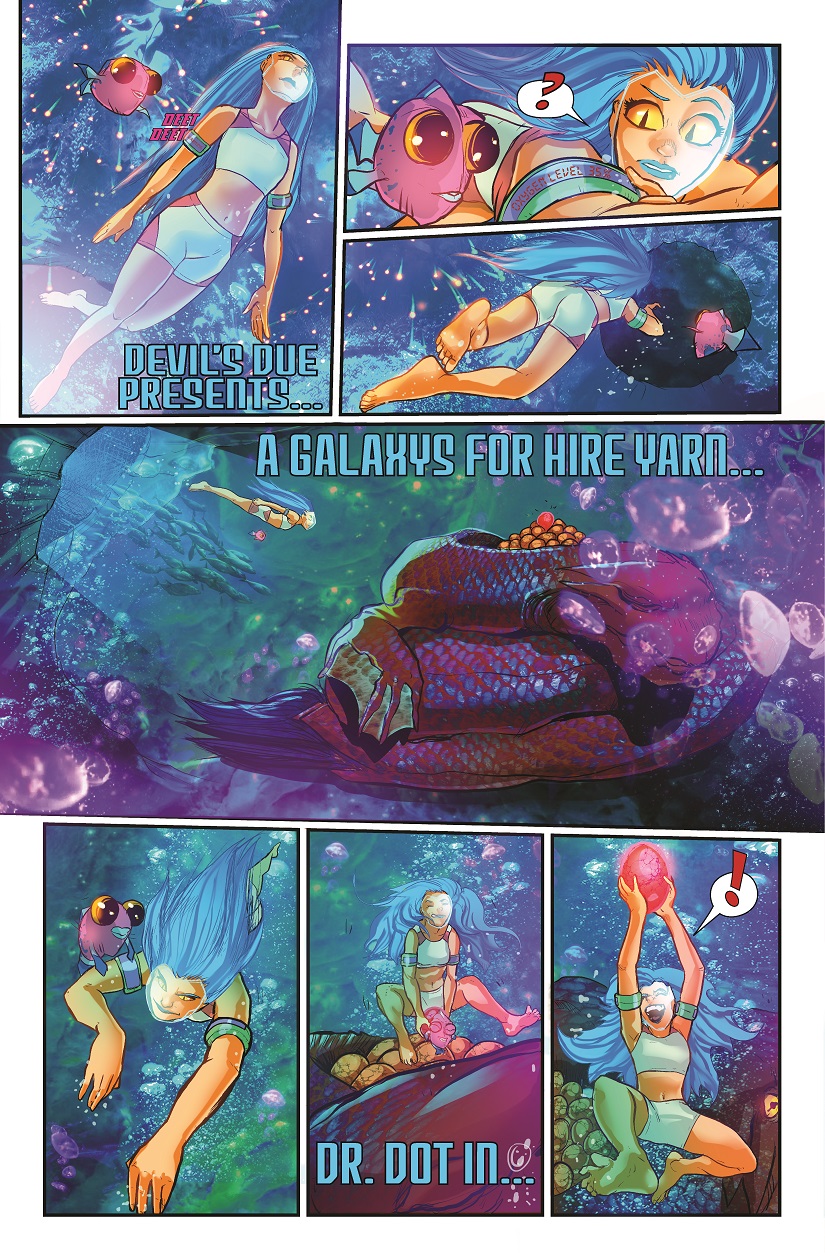 The GALAXYS FOR HIRE team is comprised of writer Shawn DePasquale, artist Sherard Jackson, and colorist Whitney Cook. They know each other’s darkest secrets and plan on working as a team for many years to come. Sherard has worked for DC Comics, IDW, Image, and more. Shawn has written six graphic novels, one of which was turned into the animated feature film PIXIES. Whitney is the best colorist in the world and loves Wolverine. Please buy their book.